It seems like right when you are on the brink of getting your finances under control, some budget-busting expense comes flying out of nowhere and you are left to gather up the pieces of your now shattered soul because you realize that you just set yourself back an entire year.

At least, that’s how I felt a few weeks ago.

I was in the process of setting my budget for the next year when I had to take my car into the dealership because an airbag light was on. The service advisor told me that reprogramming the module was all it should take – cool, I thought. That wasn’t nearly as expensive as it could have been and I had just gotten some birthday money that could cover those expenses.

So I sat at the dealer for the next hour until the advisor came back and told me that it didn’t work and they would have to replace a module. The price? $650.

This is the part where I fainted and began gasping for air. Okay, not really, but I was not a happy camper. That was almost 3 full car payments and I was saying ‘adios’ to it for some small part that failed. 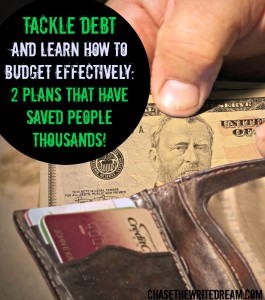 Budget Planning: Where to Begin

Before we even dive into the debt snowball method and the 10-10-80 savings plan, we need to get a good grasp on budgeting itself. No, doing calculations in your mind and just checking your online account every now and then is not a solid budgeting practice. You need to find some budgeting method that is written down or typed out so that you know what needs paid and when.

If you are looking for some resources to help you get your money and bills organized, check out this bill tracking sheet.

To help you get started, here is a simple budgeting table to help you keep track of various expenses, such as student loans, credit card payments, and transportation expenses: 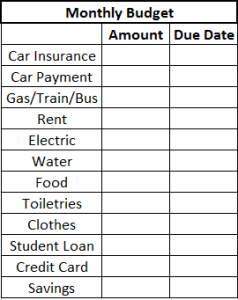 There are tons of ways to pay off debt, but I wanted to focus in on two methods that have been shown to work wonders for lots of people.

The debt snowball method was created by Dave Ramsey and has helped thousands of people pay off high amounts of debt, some on even the smallest incomes. This method requires the individual to write down all of their dates from least to greatest, like this:

You would complete this until you have all of your debt listed out from least to greatest. Once you have done that, you will need to write down the minimum payment for each one:

After you have these values written down, it’s time to implement the debt snowball method.

Step 1: Start with the smallest debt and pay it off as quickly as possible.

The first step of the debt snowball method puts all of your efforts into paying off the account with the lowest balance. In this case, the first student loan had a balance of $1,500 and a minimum monthly payment of $50. Let’s say you have $50 extra to spend every month. Instead of getting a coffee every morning or buying lunch at work, you save that $50 and put it toward the first debt. Now, you are making double the minimum payment which will allow you to pay off the debt much faster.

Question: What payments do I make on the other accounts?

The debt snowball method states that you should pay the minimum balance on the other accounts so that you can pay off the first account as quickly as possible. 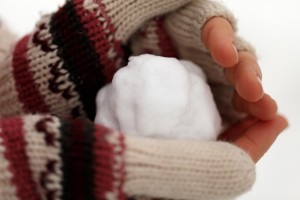 Step 2: Move on to the second lowest debt amount and use the previous payments as a boost.

This is the step where the debt snowball method begins to shine. Now that you’ve paid off your first account, it’s time to move on to the second one. Let’s say you kept paying $100 on the student loan each month until it was paid off in full. Now that the account is debt-free, you have an extra $100 to use elsewhere. Instead of going out and buying a new outfit or gadget (although I know it might be tempting), you now use that $100 on top of the minimum payment for the second account, which is the student loan #2 in the example.

Now, you are paying $200 every month instead of $100! Not only is the debt snowball method allowing you to pay down your debt faster, but it’s also saving you tons of money on interest that could have accumulated.

Step 3: Continue using the debt snowball method until you are debt free.

You’ve made it through the first two accounts and now it’s time to tackle the big car expense.  You had been paying the minimum $250 while knocking out the other debts, but now you have $200 extra to put toward the car payment.

Is all this budgeting starting to make your head hurt? Hop on over to Dave Ramsey’s site where he has a debt snowball method tool just for you!

The 10-10-80 savings plan is a little different than the debt snowball method because it focuses on the giving and savings aspect first, then the living expenses and bills. The first 10 is for the percentage you use to tithe and give. The second 10 is what you put into savings, preferably an account that has a good interest rate. Finally, the 80 is the percentage of money leftover that you have to live on.

The best way to understand the 10-10-80 plan is to provide you with an income so you can see how this works. Let’s say that you have an annual income of $30,000. You take the first 10% out immediately for the tithe and giving, which comes out to $3,000 per year. You can divide this by paycheck by simply calculating how many paydays you have each year and then dividing that into $3,000.

The next 10% will be invested into a savings account or pre-retirement account of some sort that hopefully has a decent interest rate. That is another $3,000 each year, or about $115.38 every paycheck.

What’s leftover is what you have to live on. In this particular 10-10-80 plan, you have $24,000 left for the entire year, which is $2,000 each month. This will need to cover your rent, utilities, bills, and any other miscellaneous expenses you have. 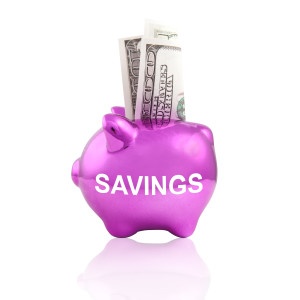 If you are using the 10-10-80 plan and want to reduce the amount of debt you have, you may want to start using the debt snowball method as well. Let’s say you have the $2,000 leftover as your 80% and you have the following expenses to deal with:

These are your fixed expenses every month and they total $1,575.

You also have some debt that you need to payoff:

With your minimum payments begin made every month, you add an additional $300 of expenses, bringing your monthly total to $1,875.

Use the debt snowball method!

By using the same concepts as before, we are going to put that $125 toward the account with the lowest balance, which is the second credit card. Instead of paying the minimum $50, we are now paying $175 to get that debt paid off.

Does the Debt Snowball Method and 10-10-80 Savings Plan Work for Everyone?

These methods can be used on any type of income that you have, no matter how small. Even if you are still a college student who is working part-time, you can start to use that extra money to pay down any student loans you may have already acquired. These plans also set you up for savings success in the future when done right.

Are you ready to tackle your debt and get your budget under control?

Here are some extra resources to help you along the way: