5 Things That Helped Me Be More Successful in College

I remember the very first time I stepped foot into a college class.

I was a 17-year-old girl, a thousand miles away from home with some fresh new notebooks that had no idea what was about to hit them.

Apparently I didn’t know what was about to hit me, either.

I think it’s safe to say that my freshman year in college was so much more than a learning experience – It was a learning process. A journey that would lead me to not just become a better student, but a better version of myself.

I was one of those people that thought you could just walk into college and approach it the same way you did as high school.

Although it took some growing pains to really figure out what was going to work for me and help me be successful in college, I felt like I had a much better grip on my school approach after my first year.

And I have the following five things to thank for that.

If I hadn’t made these changes, I probably never would have wound up where I am today – a master’s degree graduate who helps other students be successful in school. 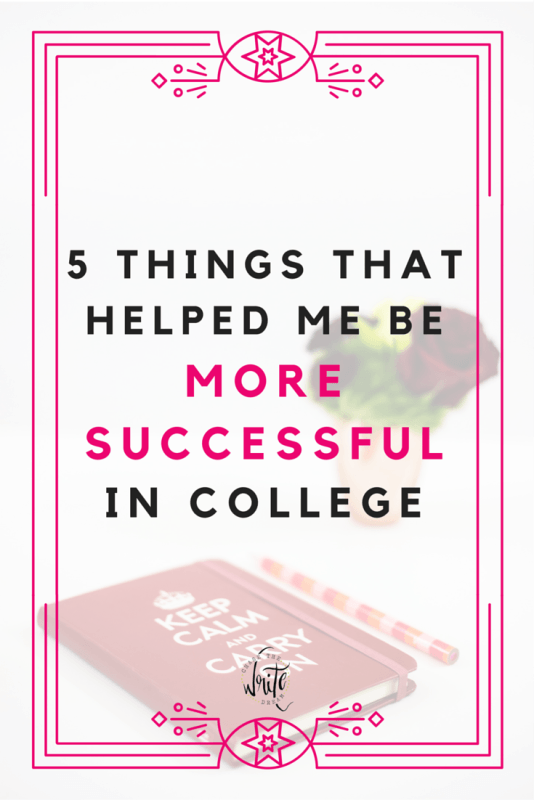 1. I Scheduled My Classes Differently

Those dreaded 8 a.m. classes really did me under during my freshman year in college.

One of the reasons I signed up for such an early class was because I was so used to taking an extra morning class at high school and arriving at 7:15 every morning.

But I didn’t realize that high school and college didn’t necessarily translate on equal levels.

Not only did I feel more sluggish, but I also didn’t feel like my brain was operating at full capacity at 8 a.m. in the morning.

But that wasn’t even the worst part.

The fact that it was an 8 a.m. class should have been bad enough but, on top of that, it was a math class… My absolute worst subject.

Needless to say, I did not schedule any 8 a.m. classes during my sophomore year.

In fact, I avoided scheduling classes on Fridays as well (if that was possible), so that I had an extra day to get some rest, study for next week’s tests, and complete any assignments that were coming due.

Once I changed my college schedule to accommodate for my sleep and study needs, I noticed that I was much more alert while in class and my grades were significantly better.

The moral of the story: Listen to your body and mind. Don’t sign up for a certain class time just because you want to be with a friend or something else. You’ll thank yourself later.

2. I Didn’t Participate in More Than Two Clubs

I think I signed up for ten different on-campus clubs during my first week in college.

My school had 200+ things to choose from and I was so anxious to be a part of at least a few of them.

In my head, I had it all planned out: I’ll go to step on Mondays, running on Tuesdays, intramurals on whichever day the games were scheduled, yada, yada.

Yeah, that plan worked for maybe a week.

After that, I started to feel the heat from my classes. I began to have more and more homework due and the test dates were getting closer and closer.

But I didn’t want to give up on the things I had committed to.

Clearly, my priorities were a little messed up.

I had wanted so badly to be a part of the communities on campus that I had neglected the main reason I came to college in the first place: to get a degree so that I could start a career in a field I’m passionate about.

So, even though it sucked to withdraw from some of the things I had originally signed up for, I knew that I had to do it if I wanted to keep my grades up.

Even though I didn’t realize it at the time, cutting down my involvement to just two things actually made me a better community member. I began to build more friendships with the other people in those two clubs and I established real connections with people. 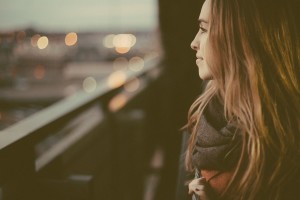 3. I Took On More Hours at Work

You probably saw this one and was like, “What???”

I know that it probably doesn’t make much sense when you read it, but working more hours actually forced me to get into a better routine, and that led to better time management.

The true reason I started to work more hours while in college was because I had to… I was paying all of my bills and I also wanted to start paying off one of my student loans early, so I didn’t really have a choice.

It’s funny because in that process, I actually found myself getting better and better with organizing my time and getting things accomplished.

Because I knew I had obligations to meet and not a lot of extra unscheduled time to get it done.

This is when I realized that I actually work well under pressure. Seeing a deadline and knowing how much time I had to prepare before that deadline came was the motivation that I needed to get to work.

Your situation may be totally different.

The point I want you to get from this is that if you have something in your schedule that is set in stone (in other words, it can’t be moved for any reason), then you’re almost forced to start managing your time better.

It’s a simple, but effective, trick to tell your brain, “Hey, we HAVE to do this at this time, so you better get your stuff done now.”

4. I Made More of an Effort to Talk to My Professors

I’ve written about this point a lot in my previous posts, but I had to bring it up again because it truly made a difference in my college career.

I know that it may be hard to relate to all of your professors, especially if their teaching chemistry and you’re an advertising major.

But here’s the truth – Your professors probably have hundreds of other students that come in and out of their classroom every day. They’re not going to know anything about you if you don’t make an effort to at least say hi every now and then.

Even more truth – If you don’t talk to the professors that teach classes in your major, you’re doing yourself a HUGE disfavor.

These are the people that might be writing letters of recommendation for you later on, networking with you for job opportunities, connecting you with community members, etc.

Oh, and did I mention that they’re in control of your grade?!

Yeah, these people are important.

Once I got a grip and actually started chatting with my professors, I realized how great of an impact they could have on my college success.

I remember two classes in particular during my junior year that I struggled with A LOT.

Thankfully, I had started connecting with the professors from day one, so when I told them I was struggling with the assignments, they were extremely helpful and gave me some tips for how I could improve my work.

There’s no way on earth that I would have gotten A’s in those classes had I not spoken to my professors.

I challenge you to spend some time connecting with at least one professor this week, either through email or in-person, just to say hi, let them know how you’re liking their class, and if there’s anything else you would like to learn/know more about!

5. I Put Myself on a Rewards System

That’s right… I bribed myself into getting things done.

I remember how awful it felt to see five deadlines all within a week of each other. Honestly, it was almost debilitating.

It was so tempting to just crawl under the covers and forget everything that was on my to-do list.

Finally, I decided to put myself on a rewards system.

For me, the idea of getting a break after a certain amount of study time was enough motivation to at least get an assignment or reading started.

I would tell myself that if I studied for 30 minutes, then I could make a phone call to my family or do something else for a short period of time.

It was a little difficult at first, especially since Facebook was sitting right there, but I felt better knowing that I was working toward something.

Sometimes those little mind tricks make all the difference. 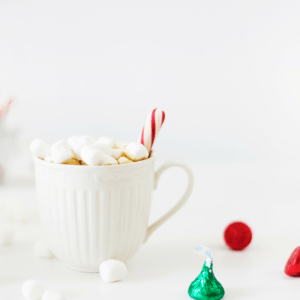 If Something Doesn’t Work, Fix It!

If you’re at a loss for how to be successful in college, then I highly encourage you to take a moment and write down all of the things you think are going wrong.

Are you struggling to stay focused in class? Are you turning in assignments late?

Whatever it is, write it down and take a moment to reflect on what is leading to these outcomes.

For example, are you struggling to stay focused because you are tired or have something else on your mind? Are you turning in assignments late because you forgot the due date?

Keep breaking these ideas down until you get to the bottom – a place where you can actually start making corrections.

Don’t feel like you have to fix everything at once. Change takes time… Sometimes you just need to focus on step one before you can look up at the rest of the staircase.

Need help? Check out Stress-Free Scheduling, an ecourse for college students who want to be more productive with their time!